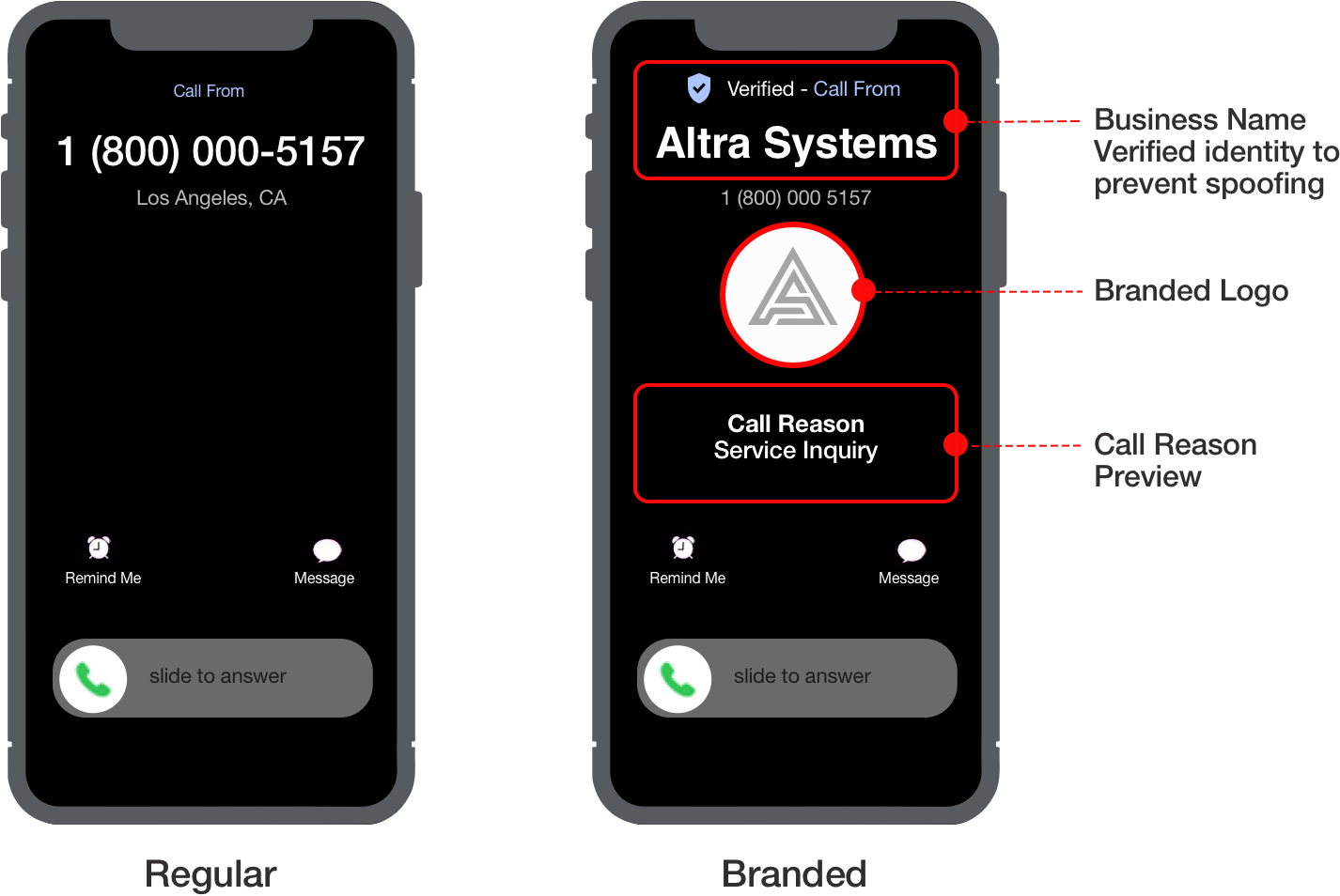 Companies know this reality all too well: You place a call to a customer, and you can’t get through. Perhaps you leave a voicemail, hoping the customer calls back, or try calling again hoping for an answer the second (or third) time around. It can be an enormous waste of time and cause frustration.

Why does this happen? People don’t trust phone calls, especially from anonymous numbers.

People Still Want a Phone Call
It’s true – people still want phone calls. In fact, 75% of consumers say that when they have a complicated issue or have a lot of questions, they want to hear from you.

Despite your company’s best intentions, people have very little trust in phone calls for two reasons: no caller ID and scam callers.

It’s Not You, It’s Me …
The fact of the matter is this – most people don’t have a caller ID service on their phone (fewer than 10 percent). That means when you call, your name doesn’t appear unless the phone user has your information saved in their contacts. Relying on the customer to be proactive is risky because unknown numbers are prone to spoofing; if your number gets spoofed, it could hurt how people view your company and brand.

When an anonymous number rings, people are immediately apprehensive to answer. They don’t know who’s calling and what their intentions are. And, they’ve been conditioned not to answer the phone. They just can’t help it. That’s all due to unscrupulous, yet highly profitable, phone scammers.

Scam Calls are Big Business
According to a recent survey by Truecaller, Americans have lost nearly $30 billion to scam calls from June 2020 – June 2021. In fact, if you added the scammers all together into a single business, that business would rank #100 on the Fortune 500 list. That’s mindboggling!

In the past twelve months, over 59 million Americans have lost money to a phone scam, with an average loss of $502 per victim. And some people have reported receiving up to 25 scam calls per day.

It’s no wonder people are afraid of answering their phones.

However, businesses should take the initiative to re-establish trust with their customers. With a branded calling solution, companies can take more control of their caller ID and call messaging by fully optimizing and branding each call. By delivering their name and reason for calling on the incoming call screen, customers are more likely to answer and have those important conversations.

Branded calling solutions also give businesses brand protection and increased spoof mitigation with the ability to programmatically change a call display name based on who the company is calling to offer more precision and personalization. The rewards are evident – it’s not just spoofing mitigation but also a brand reputation boost, improved client relations, and deeper customer connections.

It’s time to recondition the way people engage with their phone calls.

Get our free ebook on how you can increase your answer rates with Branded Caller ID!

This post covers QA techniques every call center should deploy in order to remain efficient, productive and to grow and scale your team.

Customers and Leads Not Picking Up The Phone? Here’s the Answer to Boosting Your Answer Rates!

If your low answer rates are a mystery, read these 10 strategies from Ytel’s experts to give them a boost.

Get notified on new industry insights

Be the first to know about new communication insights to build or refine your business strategies with the tools and knowledge of today’s industry.